International title: The Tragedy of Man

Info: I embedded the full movie with English subtitles below.

Az Ember Trédiája (international title: The Tragedy of Man) is an epic, animated adaption of a famous Hungarian play by the same name. It draws on Christian beliefs about the origin of the world and mankind (cp. the biblical books “Genesis” and “Exodus”) and uses historical achievements of Western culture to tell the story of Adam, the first man, and Lucifer, an evil demon and counterpart to the good Creator, as he wonders through different epochs to find a possibility to transcend his own mortality. The featured epochs are among others, Ancient Greece and Rome, Medieval Times during the Crusades, the French Revolution, and Great Britain in the 19th century – all of which have their own unique animation style, influenced by real-life paintings during the respective period. 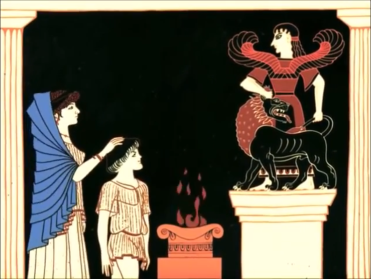 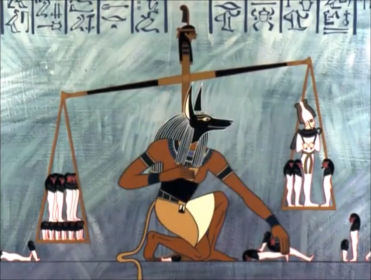 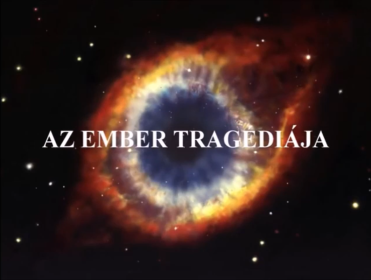 While many episodes are not impressively animated, when compared to more recent feature films with a higher budget, the overall art style in most sequences is beautiful and clever. Although sometimes the movie’s budgetary limitations show, some scenes are very creative, e.g. when a pyramid in Ancient Egypt is made of slaves or when Adam and Eve are composed of different historic paintings in the Garden of Eden. There are episodes that are truly remarkable and stunning to watch, like the Renaissance or Ancient Greece, and really achieve to build an atmosphere that draws viewers into the narrative. Also, the sheer amount of different art styles and the symbolic use of certain artefacts (e.g., the wheel of time or the cross) make for an intriguing watch. 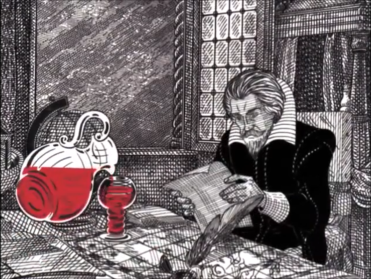 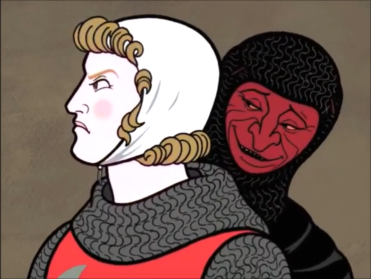 Due to being produced over a span of about 20 years (cp. section below), some episodes are weak and have a choppy animation style (e.g., the transformation of Adam in space), with a low framerate and movements being cut off (e.g., the futuristic ice land), sometimes even stylistically resembling visual novels (e.g., the Bronze Age). As the broad range of animation quality is noticeable, it can become distracting, which is facilitated by the long runtime of 160 minutes. Lastly, the movie features graphic depictions of naked bodies, sex scenes (e.g., in Ancient Rome), and killings (e.g., during the French Revolution). Therefore, in addition to the historic settings and philosophic questions, the movie is for a mature audience. While this is no inherent drawback, it should still be noted, as many viewers consider animated movies to be family friendly and entertaining, whereas Az Ember Trédiája is neither. 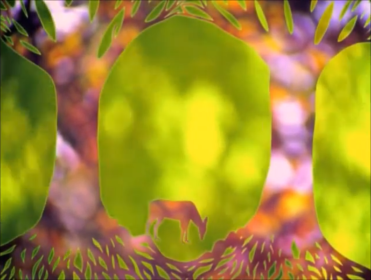 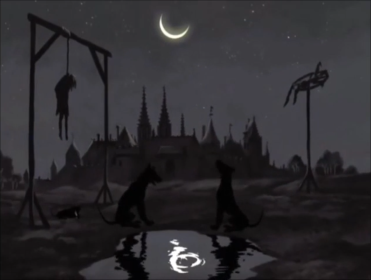 Although the story is based on the Christian interpretation of the creation of the world and uses a linear narrative of the Western perspective to depict the fate of mankind throughout the ages, the philosophical and existential questions posed will be intriguing for many people: What is creation? And can humans create something that lasts over time? Most segments deal with these questions and critically show that culture, science, and tradition can sometimes lead to striving for power and dominating others (e.g., Adam’s discussion with Lucifer about the Crusades). The presented ideas and elaborated philosophical concept, are sometimes hard to follow on the fly, which makes the movies’ deeper levels difficult to grasp, but also worthwhile to explore. The original play was written in 1861 by the Hungarian author Imre Madach which was compared to “Goethes Faust” [1802/1832] and Milton’s “Paradise Lost” [1667], both featuring similar themes. However, due to the complex and highly symbolic Hungarian language, most translations have been regarded as lacking. Finally, the director also added newer historic events in a later segment featuring criticism of 20th century fascism, communism, and socialism to make the story’s message timelier. On a personal note, I wholeheartedly recommend the movie to fans of 2001 [1968] or Shinseiki Evangerion [1995-1996] (original ending). 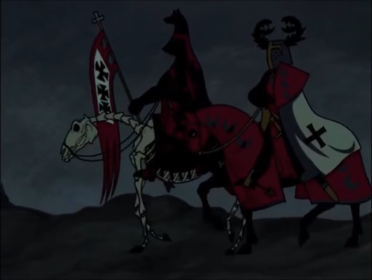 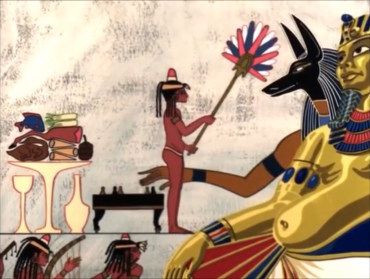 Az Ember Tragédiája (international title: The Tragedy of Man) is a Hungarian animation epic about the first man and his search for how to transcend his own existence. The movie draws heavily on Christian mythology (e.g., the Biblical origin story) and Western culture (e.g., Renaissance or Ancient Rome) to present mankind’s everlasting struggle for transcending mortality and fighting against the decay of cultural achievements. Thus, the presented themes are complex and for a mature audience who look for a narrative that poses these questions in a clever and sometimes stunningly animated way. Due to the movie’s troubled production history, the animation quality differs vastly between the various segments, but most are still stunning and/or animated in a clever way.

– The future city features ideas and concepts of Orwell’s “1984” [1948] and Huxley’s “Brave New World” [1932]. This includes, but is not limited to, total surveillance, a restriction of books, and total control over newborns. However, also concepts of other dystopian fiction is incorporated, e.g. processing dead people into food, as in Soylent Green [1973].

– In the original Hungarian play Lucifer is called “The primeval spirit of defiance”.

– As indicated by the credits, the film was made from 1988 to 2011 – the screenplay even dates to 1983. It was released in segments due to lack of funding for the project after an American investor dropped out. In 2011, prior to the film’s release, it had to be completely re-dubbed and most of the voice actors had to be replaced because their voices were deemed too old.